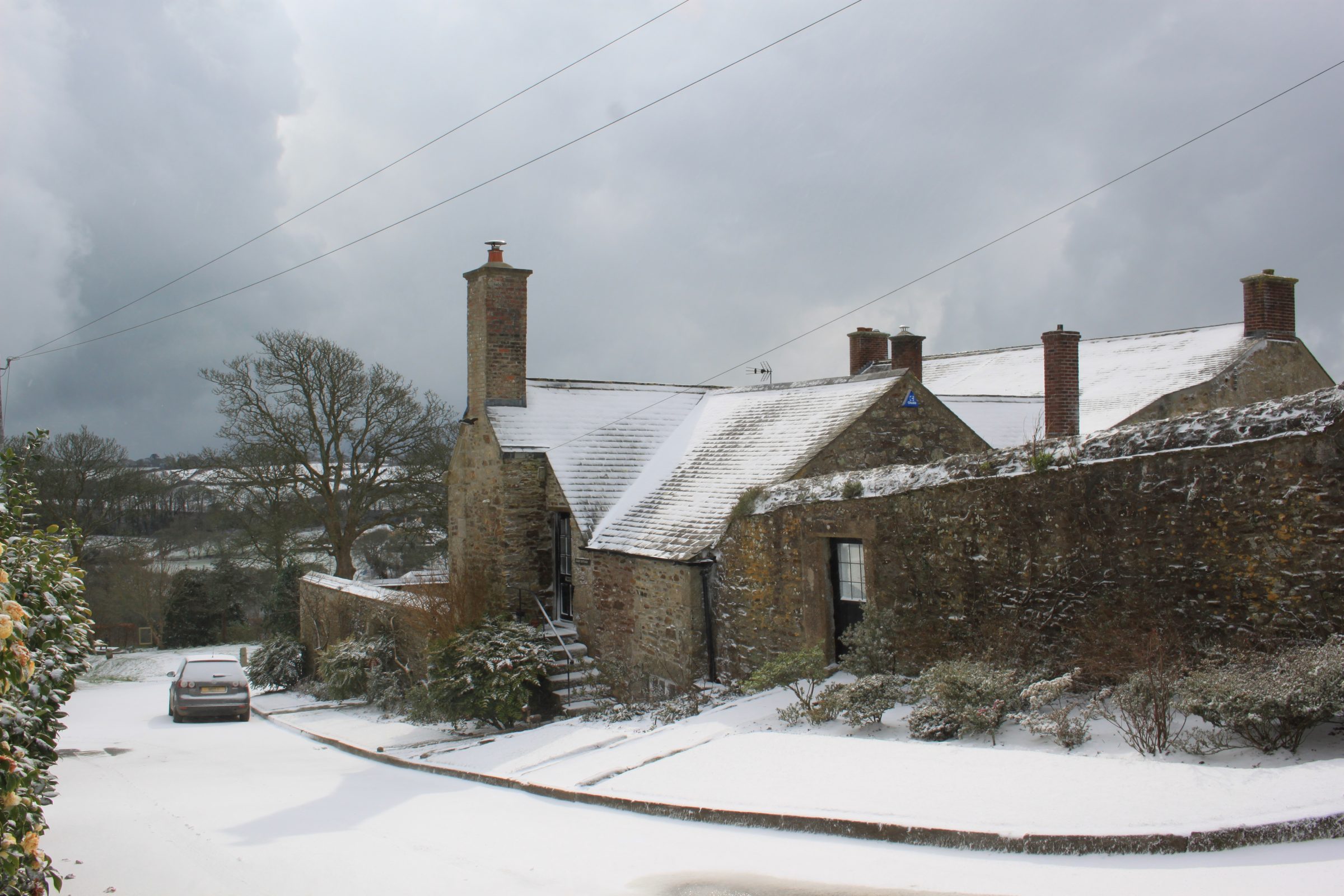 Trenarth has been continuously farmed and settled for at least 700 years. Charles Henderson in his History of Constantine (pub. 1937) gives the first reference as 1260, and it is easy to see why early settlers chose this spot.

Trenarth, meaning ‘high house’ or ‘habitation’, stands about 300ft above sea level on a south and east facing slope overlooking it s fields and woods, bounded by two streams which run down to Trenarth Bridge and Port Navas on the Helford River.

The land holding has varied over the years between about 100 and 200 acres, according to the fortunes of the owners.

It is located on the edge of granite country, but the soil is mostly local schist, thin acidic and free draining, while the relatively high location provides wonderful uninterrupted countryside views. Both the house and its barns are, as one might expect, constructed from the local granite.

The fortunes of its owners can also be read in the various buildings. The earliest evidence is a lead plaque, situated above the kitchen door in the courtyard, and dated 1658. This features the motto GOD GIVETH STRENGTH together with the Trenarth and Trefusis arms.

The cellars and old kitchen which make up part of the courtyard buildings appear, stylistically, to date from even earlier: the 16th century.

In the 18th century the Nicholas family prospered, and the solid range of barns bear two corresponding date stones as indeed does one wing of the house. A handsome Georgian front was added to the existing farmhouse at some time around 1800, and in the 19th century subsequent owners incorporated outbuildings into the structure.

A new Garden Room was added to the property in 2002, with the whole making an aesthetically pleasing ‘liquorice allsorts’ house.

Please note that we regret that the interior of the house is not open to visitors.